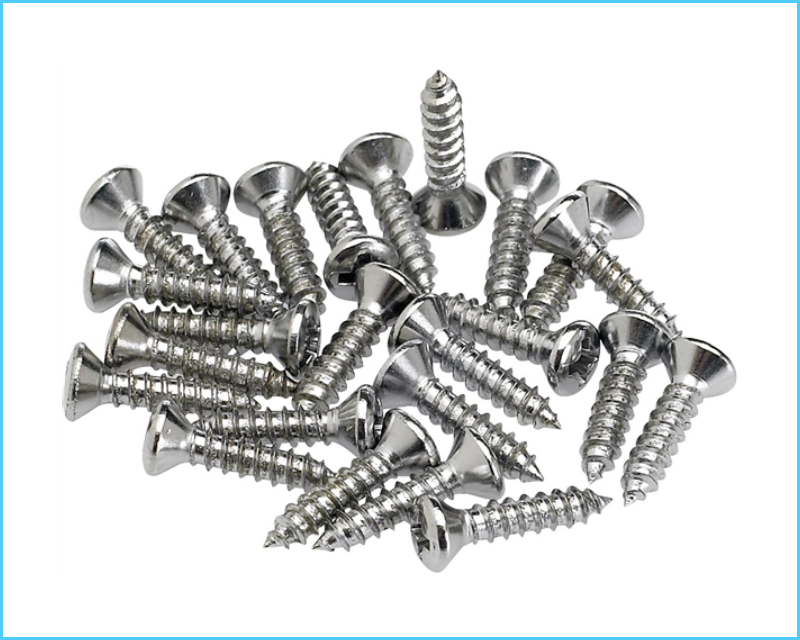 A screw and a bolt are similar types of fastener typically made of metal, and characterized by a helical ridge, known as a male thread. Screws and bolts are used to fasten materials by the engagement of the screw thread with a similar female thread (internal thread) in the matching part. Screws are often self-threading where the thread cuts into the material when the screw is turned, creating an internal thread that helps pull fastened materials together and prevent pull-out.

There are many screws for a variety of materials; those commonly fastened by screws include wood, sheet metal, and plastic. A screw have a head on one end which allows it to turned with a tool. Common tools for driving screws include screwdrivers and wrenches. The head is usually larger than the body of the screw, which keeps the screw from being driven deeper than the length of the screw and to provide a bearing surface.

Screws have a head smaller than the outer diameter of the screw. Headless set screws are also called grub screws. J-bolts have a J-shaped head that is not designed to be driven but rather is usually sunk into concrete allowing it to be used as an anchor bolt. The cylindrical portion of the screw from the underside of the head to the tip is known as the shank; it may be fully threaded or partially threaded. between each threadcalled as pitch.